Listen free to the 1st class of every course

Join 'MARK' as your cosmic travel guide, training you to understand and experience Quantum Consciousness at a level that is both deeply personal and profound.  These on-going channeled classes are truly on the cutting edge of consciousness. 'MARK' teaches by taking you to extraordinary states of grounded expansion, then explaining where you’ve been. Most journeys are beyond words, re-wiring you to be aware of vast dimensions outside of the ordinary.

Sign up to get Jonette's monthly update, event announcements, new meditations, and even free downloads.

We’re committed to supporting spiritual growth, and we’d love to support you on your unique journey. Sign up for our mail list to get Jonette's latest news, event announcements and free meditations.

MARK sets up a complex energy formation encompassing each person present in a group or listening to the audio file. This allows all of us to travel together no matter what our experience is. MARK transmits energy to stabilize the group and create the space for the exploration of other dimensions. All of the power of the live group is contained and transmitted to people listening.

Each "Course" is 8 Classes.  Usually, there is a "Series" of 3 Courses on the same theme of multi-dimensional consciousness. The Classes tend to follow a similar format of Opening Comments by Jonette, usually one or two MARK' Meditations followed by Group Comments and Question & Answer session.

We have provided for FREE the first class of each Course. Continue below to the 10th Dimension.

The 10th Dimension The Space Between 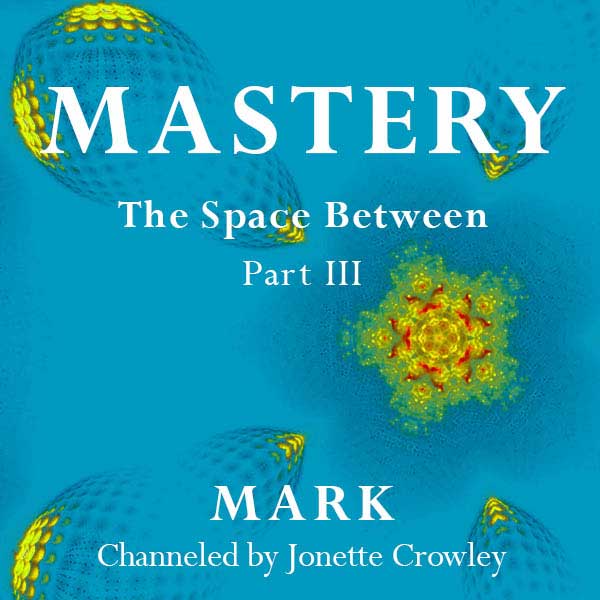 This is a course in Realization of the innate Mastery of the Universe.
The focus of Mastery is to build on the expansions created in Neutrality and Harmony to prepare the way for the 11th dimension, which MARK calls Shamballa, by offering unstructured experiences that begin to create new structures of experiencing in yourself.  In order to move to the next dimension, you must unstructure the ladder that got you to where you are and be open to a structureless perspective.

The Space Between: Mastery Part 3 Class 1 Track 1: Master's Vision as a Dimensional Shift

The Space Between: Mastery Part 3 Class 1 Track 2: Through the Membrane Beyond Cause

The Space Between: Mastery Part 3 Class 1 Track 3: Beyond Self Mastery and Healing Conflict

Class 1: Synchronizing with the Universe 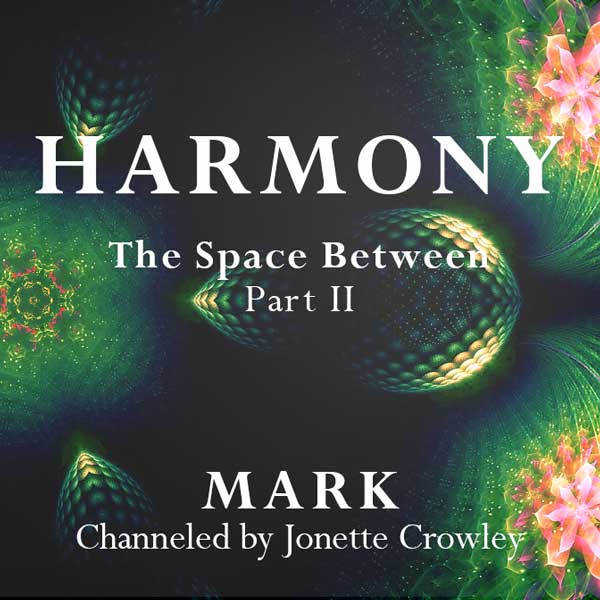 Harmony takes the space of Neutrality and builds bridges to create a level of complexity in relationships that strengthen all. Until now human relationships and relationships to the Earth and other species have not been based on neutrality and therefore had no way of being in harmony.  As humans, we have had little experience with the template of harmony.  In the past, the best we could do was the survival of the fittest, which is not necessarily harmonious.

MARK's intention is to help you navigate your world more smoothly, maintaining your glitter and sparkle while supporting the glitter and sparkle of others. We move you out of the world of 'give and take' and into a world where you automatically receive and radiate.

Learn More about The Space Between Part II: Harmony

The Space Between Part I: Neutrality 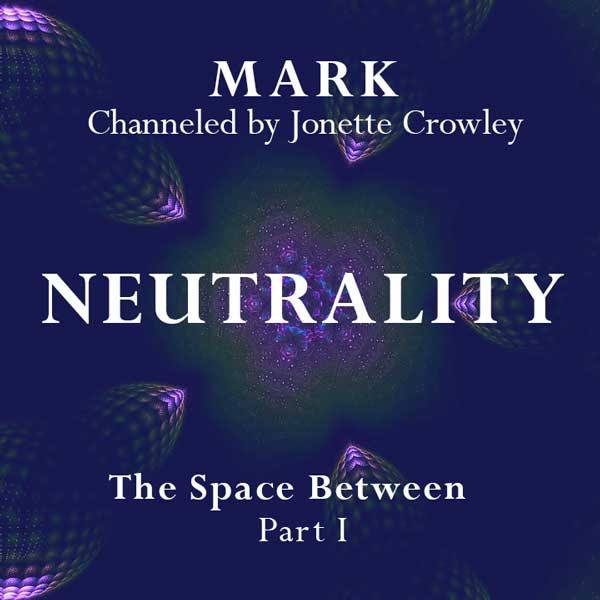 This will be the last trilogy in the 10th Dimension, we are fairly certain that at the end of this trilogy that you will be ready to graduate to something that’s totally different than you have been able to hold so far.

Part 1 will be ‘Neutrality’ – the aim is to neutralize you from all the polarity that has defined you and your world.  You often think as neutral as in between two sides but we wish to show you that neutrality is a whole different plane. It is the realm of the space between.  It is not simply the place between two poles.

Learn More about The Space Between Part I: Neutrality

The Space Between: Neutrality Part I, Class 1 Track 1: Field of Neutrality

The Space Between: Neutrality Part I, Class 1 Track 2: Wheel of Karma

The 10th Dimension Beyond Destiny

Beyond Destiny Part III: Beyond Knowing 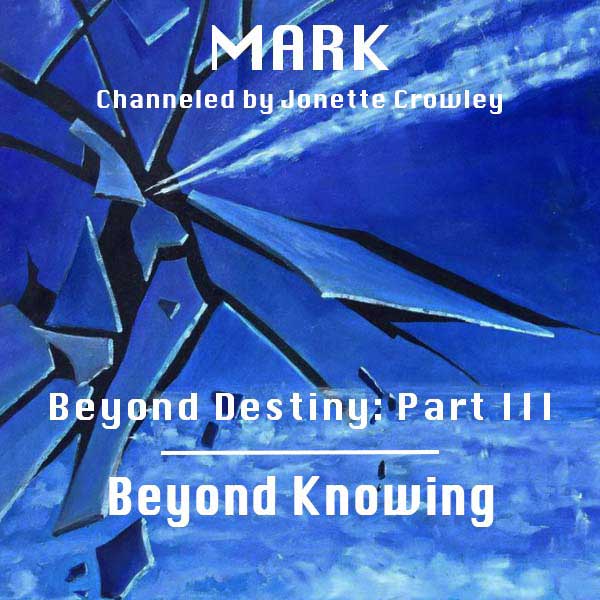 Part III of this three-part series is Beyond Knowing, Jonette channels MARK take us to a new world…beyond everything we’ve known until now.

This series continues to restructure our consciousness to bring us beyond the limitation of a singular perspective. It sets the groundwork for knowing the universe—by being one with it— rather than receiving it through any filters. We usually enter a program because we have an outcome in mind. Here MARK invites us to let both the outcome and the mind go. This becomes absolutely transformative beyond even the possibility of expectations!

Learn More about Beyond Destiny Part III: Beyond Knowing

Beyond Destiny Part II: Beyond Singularity 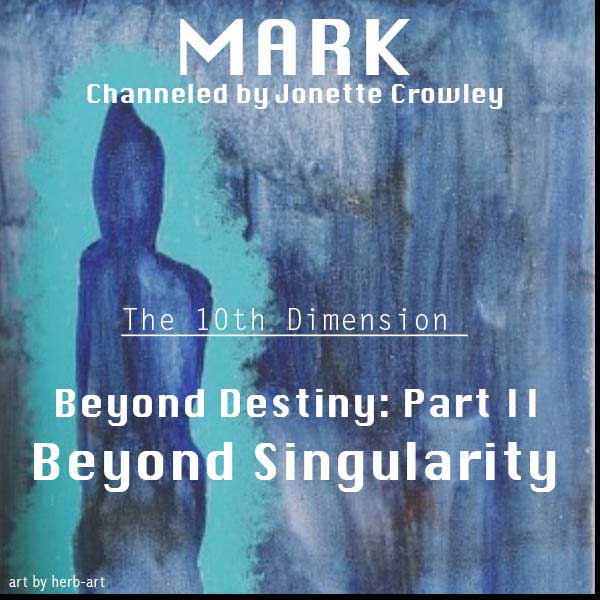 Part II of this three-part series is Beyond Singularity which explores the interface between humanity and nonlinear worlds, connecting you to that which is beyond the singularity of this Universe, bringing structural changes in how you interface with the world.

We'll learn ways to ignore interference patterns, see well-worn patterns being erased and new interactions being opened. This moves you from patterned responses to creative interactions

Learn More about Beyond Destiny Part II: Beyond Singularity

Beyond Singularity: Beyond Destiny II, Class 1 Track 1: Opening Comments & The Space of Ascending

Beyond Destiny Part I: Beyond Self

CLASS 1: Exploring Beyond Self 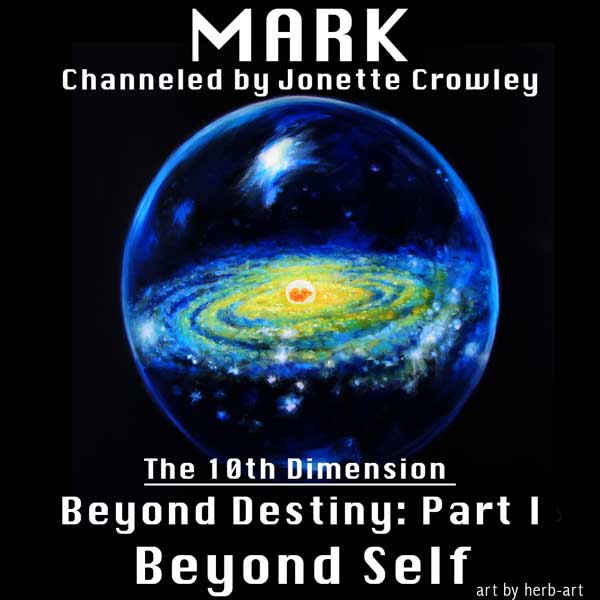 Jonette and her guide MARK, continue to explore the 10th Dimension in the newest course Beyond Destiny.  Part I of this three-part series is Beyond Self which focuses on breaking out from human-based limitation, living from the infinite nature of our Spirit. This course repatterns a ‘seed’ within us that has been genetically modified to trap us into the comfort of limitation and prevent us from easily grasping the impossible. MARK’s goal is to have this genetically-modified gene reconfigured back into your DNA as Spirit intended, and that this ‘upgrade’ can be expanded to the collective.

Learn More about Beyond Destiny Part I: Beyond Self

Beyond Self: Beyond Destiny Part I, Class 1 Track 1: Opening Comments

Beyond Self: Beyond Destiny Part I, Class 1 Track 2: Unsettling Our Identity

Beyond Self: Beyond Destiny Part I, Class 1 Track 3: Vast Silence 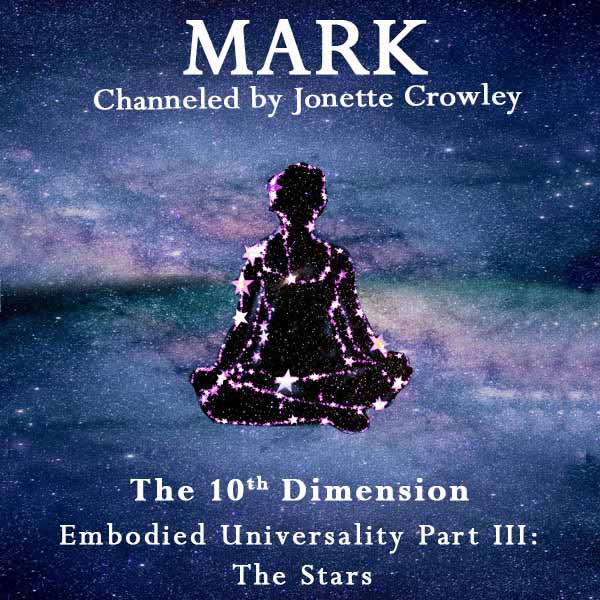 MARK continues the theme of you as a universal citizen. We embody star consciousness, play with non-linear time and stargates. We open up the doorways between our normal experiences and the influence of the stars to us on Earth, giving us a whole new realm of complexity to our beingness.

The Stars: Embodied Universality III Class 1 Track 2: Your Heart is A Star 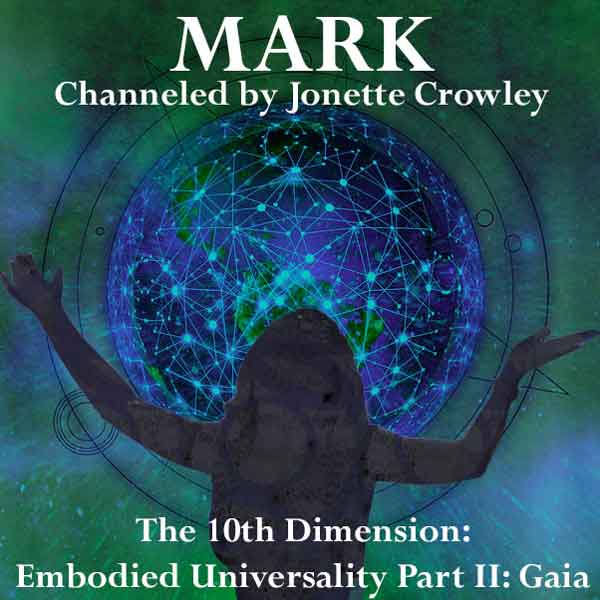 We’ll explore our relationship with all of nature, Mother Earth, and our solar system. What if you could connect with Gaia is such a way that you are more than you? More than Gaia? The focus will be transformation through interconnection that is Earth-spirit or Gaia based. The presence of you as a part of nature will be expanded, leaving you feeling more embodied and at home here than ever before possible.

The 10th Dimension – Embodied Universality Part I: The Universal Human 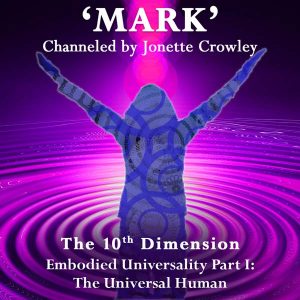 Universality is the experience of interconnected, interwoven non-locality. This course gives you a greater playing field and a greater sense of support. You gain abilities and the shields and the shades come off. You know much more than could have been comprehended just a short time ago.

It is a time of emancipation. You must walk out of your protections, because that’s where life really begins. Humanity is in a cycle of survival, now moving to a cycle of aliveness. Can you imagine how life can be when survival isn’t the goal?

CLASS 1: "Ricocheting into a Dream like Reality & Q&A Emotional Attachment and Liberation" 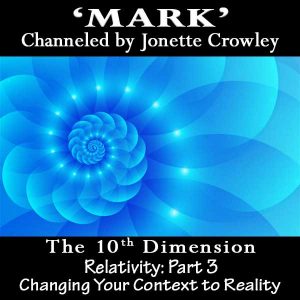 More than ever before the future is unwritten. You are not who you thought you were. With MARK’s help we continue to span dimensions, holding levels of empowerment that are unprecedented. The change is that you know yourself as a holographic portal that is no longer time/space based. You are are free.  Learn More about Relativity Part III 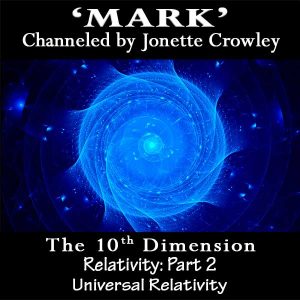 When you realize that your being is not just yours, you have transcended into the Universal. It happens when you give up your addiction to your small identity.  It is the realm of elders, of saints where you operate at a much more universal flow. You relate, not as an individual but as a Universal Being.  Learn More about Relativity Part II

The 10th Dimension: Relativity Part I - From Identity to Relationship

CLASS 1:  "One With All That Is & Humans Evolving Consciousness" 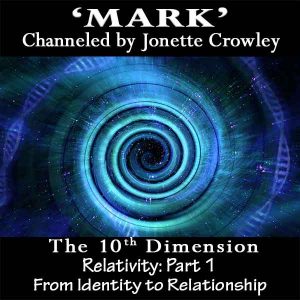 As you move multi-dimensionally, you will find that, as Einstein said, everything is relative. Nothing actually exists unless in relationship to something else. It’s the relationships that are the fabric of reality, the oneness, the all-ness. Everything in the first nine dimensions has its base in reality. Reality has its base in experiencing or perception. From the 10th dimension on there is no experiencer necessary, no perception possible.

< Back to the 11th Dimension

Continue to the 9th Dimension >