There’s been much said and written about the power of forgiveness. Consider the idea of absolution. Forgiveness still has a taint of righteousness. It still has a taint of “there was sin.” An absolution is where it’s all dissolved, where it is neutralized, where it’s as if it didn’t happen, as if it was annulled, without the energy of “there was a crime and we will forgive.” Absolution isn’t exactly the right word, or nullification perhaps, or release.

It is non-forgiveness that keeps the Hatfields and McCoys fighting, that keeps the Irish Catholics and Protestants at each others throat. The lack of forgiveness and the tit-for-tat revenge that comes from it has totally colored the development of human consciousness and culture.

Notice a field. Perhaps you’ll feel it as a radiance surrounding you, perhaps even being emitted from you that is strong and sure, power and love, an emanation of beingness, life force, vitality with depth and breadth, expansion.

As you’re in this vast, holographic, deep expanded present state, notice that the sense of neutrality, the sense of power is, we’re going to say cuttingly sharp, cuttingly clear. We use that word because it is that cutting clearness or cutting sharpness that helps cut away the bonds that forgiveness releases. It’s a bright, sharp, clear powerful space and you are the space. You are one with this energy field.

With every breath you become more one with this space.  The space is clean and clear. It’s transparent, guileless.

You know you have it if you can feel that there’s a power of change in the consciousness that you are in or in the space. It’s not just a space that’s a void or strong, it’s actually an empowered place, that if you could bring scenes or aspects of history into it where you can tell that the space will immediately change the energy of the history. Call it transcendental forgiveness, empowered absolution, a freedom card.

Get even more centered so the space becomes bigger, stronger. The space is you.

While this is growing we’ll point out that the idea of non-forgiveness is what keeps history repeating itself, especially the dark parts of history, where sins or wrongs or mistakes are never released. They become a heavy karmic burden on you as individuals and you as a culture, a society, and humanity. From the time of Atlantis and before, non-forgiveness has held itself to you, has held the wrongs, the sins, the darkness of your forefathers to you karmically, just as in your own life the people, the events that remain un-forgiven and unresolved even still hold you in their throes, in their bonds.

Even with all this power, allow yourself to feel lighter. There’s depth. There’s expansion. There’s 8th dimensional. There are holograms, but lightness too so that the energy space isn’t a burden itself.

Be aware of where you’re drawn to go. It may be bit by bit. You may blast things free at huge levels. You may do things for the present only, or the past. It’s up to you. Notice that helpers may come, guides, angels, whatever. That is fine. Stay focused wherever you’re drawn to be.

You’ll know things are being released because the energy field, the space, the consciousness becomes lighter, freer, even more expanded. Notice what’s happening.

Pay attention to where you’re drawn and what’s happening. Perhaps the entire energy of wars is released. Notice how much power of healing seems to pour itself into this space. This transcendental forgiveness is pointed everywhere, following your inspiration.

It’s usually a sense of un-forgiveness that is the core around which negative emotions are built. Feel or sense the emotional freeing up as this core is cleared in the present in your life, in the past of all your lives, but in the present and past of humanity. Notice that there are changes in the constitution of emotions that the entire energy field of humanity is shifting. That’s what we hope to see.

You might feel that a new sensation, new spaces, new structure of consciousness is opening up. Just follow that.

Can you feel that releasing un-forgiveness, by forgiving, by absolving is the biggest block to love? Can you feel that when this un-forgiveness, these negative bonds of connection are broken up, that in its place is a sense of brotherhood, of peace, of love? Sense how much beautiful energy non-forgiveness has held and how it’s being replaced now with potent life force, power, peace, love, release.

Begin to consolidate, bringing forth your thoughts on your experience, looking at shifts that may have happened.

Focus all of this space, the space of transcendental forgiveness, focus it now deeply in this physical moment in your body so that the heaviness, the bonds, the sins that have held themselves to your cells, to your emotional body, to your mental body are released. Use this same space and focus it on you, your physical presence, your life, your personality, transcendental forgiveness, deep, physical.

Notice how your body shifts. Your breathing opens up. Maybe even your shoulders move. Your hips might move as there is a release now, transcendental beyond words, forgiveness, release, cleansing and in its place rushes goodness and grace, light and power, health, balance and wellbeing. It doesn’t matter what the cause of the need to forgive is, self or others; the cure is just the same, this space washing through you, into you, recalibrating consciousness. Stay alert to your experience.

Allow yourself to sense the physical changes, perhaps the deep emotional clearing, the mental cleansing, and the spiritual uplifting from this state and intention of transcendental forgiveness.

Feel deeply reborn, reconfigured and with the expansiveness of your consciousness, imagine that you’ve lifted all of humanity up out of the crust of karma of un-forgiveness and revenge, of punishment, that you have imagined a huge and thorough releasing.

Integrate so you’re in this space and fully back so that the space of transcendental forgiveness, absolution, release, is emanating from your cells and your spirit all the time, that it isn’t a meditation, it isn’t a tool. It’s a new frequency emitted from you, that it’s a fundamental shift in your field that requires no maintenance.

Imagine it’s a fundamental shift in all humanity, cleansing and releasing the past, releasing the present from the past. This is a job of love and it is a job of high dimensional love, which you’ve been practicing. Yes, you have meditated on forgiveness. You’ve worked on it in your personality and that is all beautiful. This is another level, a deeper stage, a transcendental more energetically based forgiveness that will support your personality and your emotional release that will support the transcendental release of humanity from cultural karma.

We imagine that was a blend of you from the real to the surreal to the spiritual, that you experience that at perhaps many levels and are experiencing that. Find yourself balanced, embodied, lighter, younger, purified, and forgiven. Everything that needed to be forgiven about your life, forgiven, absolved, removed, released, everything, feeling the clear power that this makes way for. 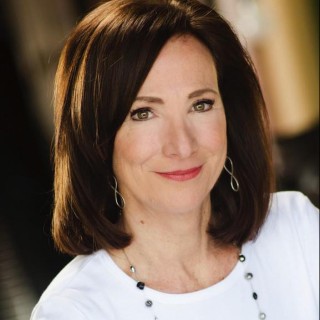