"Human consciousness is evolutionary. It changes itself and changes the collective field."

A few weeks ago at our weekly MARK class, something extraordinary happened. First, it wasn’t MARK who greeted us. It was a group of beings, far above the MARK energy. I share their introduction and MARK’s channeled words that followed. For me this was the most profound channeling experience I’ve had since MARK first came to me in 1989! Please take the time to read this slowly so you can tune in to the Field of Creation that these words lift you to. To order this MARK course click here.

“Your consciousness has emerged into that which has not been before. You have moved from explorers of consciousness to creators.”

“We see you. We hear your dreams.”

“Salutations! This is the Grand Council of whom MARK is a member. As the Grand Council, we serve no higher levels. We serve the Whole, the All. Through this space we give you a glimpse of that which is above levels and hierarchy. We see you. We hear your dreams. You are evolving human consciousness through your efforts. And you are evolving all consciousness through the evolution of human consciousness. We have never lost you, nor have we ever left you, nor do we recognize the separation that you live from." 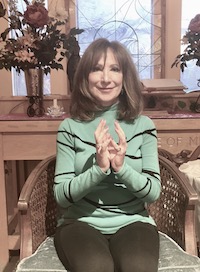 “There have been cataclysms in your universe in which the kind of consciousness that evolves was nearly lost. There are many flavors of consciousness. Some consciousness is merely intelligence. Human consciousness is evolutionary. It changes itself and changes the collective field. Your efforts to improve yourself change the field for all creation. You personally and collectively are under the guidance of this Grand Council."

“You are spokes in a wheel that go on forever. You are each born with fire in your souls. You do not wish to be complicit in the lockdown of humanity. You strive for that which cannot be seen."

“Our salutation is the mudra that Jonette calls ‘potentizing.’ We wish for you to move now into a state of ‘potentizing.’ This ‘potentizing’ is quantum. It moves beyond space and time. Be one with the flames of transformation. MARK has called this the Year of Activations. This activation of ‘potentizing’ begins to change your core. Sit straight. Be strong. Be connected within your body, with the Earth, and with all evolving consciousness. We begin…”

“For the very first time, you’ve created a space where humanity has never been!… This is the God Force!”

“You have made ‘beings’ important—star beings, human beings. By making beings, a noun, important, you have lost the power of ‘being’ as a verb. You think being is a stationary aspect of movement. We wish you to feel that the whole universe is being being. Notice we don’t say ‘beings’ being. We would like you to levitate yourself into being—not a human being being—but into the essence of ‘being’. It is more active, more full, more universal than you can imagine, and it will lay the foundation for the universality that will be the topic of our next course— being without a being being it. Be one with the richness of being being—the God Force…"

“Generally, you travel through a space 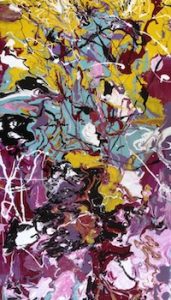 “In this moment in your humble way, you have crossed a threshold that has never existed nor has ever been crossed by humans! This releases the patterns of being imprisoned in realities that have been created and are controllable and hierarchical. The space that you’ve created has no structure. (Thank heavens). It is the frontier of an uncreated reality. It’s not a reality of star wars or ETs or any of the expanded realities that you believe in. This reality has none of that. It is an unpopulated creation. As you create this creation with your being by doing nothing, the potential of others finding what it is like to be creators of absolutely new fields of potential opens up. That’s the abyss you have bridged this evening.”