“Imagine being so sure of your presence in the universe and so sure that you are picking up its promptings that you act with certainty, trust, power, strength, confidence. Let yourself become immersed in the possibility of such ultimate confidence, certainty, strength, empowerment that knows no limitations. 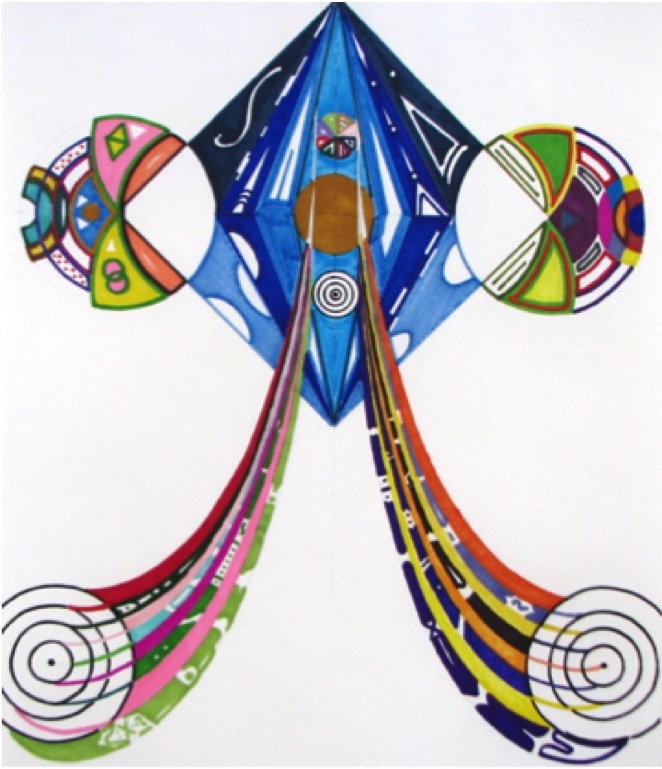 “You must let your judging mind go to sleep. Stop  saying, “Oh, it’s impossible. That’s not me. I can’t do it.” Just let that go and sit in the possibility of such interconnectedness to the goodness of the universe that you trust ultimately and completely, that you are supported ultimately and completely. Again, trust that much is happening beyond your ability to perceive. Now feel your balance and feel the balance of the universe. Notice that it has changed. You can stay balanced even by expanding yourself. Notice that something has already shifted.

“One of the reasons you’ve been limited to a very narrow slice of reality is because you limit your input from the universe to just that which you can process through your brain. Imagine, however, that you are moving your central processing unit (CPU) outside your brain to being universal. Now you can accept universal input beyond what you can rationalize or categorize, much beyond the capacity of your brain to integrate. Your CPU is becoming the universe and the inputs are vast and universal. Yet, you are balanced.

“The best indicator of balance is joy. There are so many paths of personal and spiritual growth that are certainly joyless. You must excavate your karma and then re-live this, and forgive that. Our teaching does not hold that as a helpful perspective for growth. We are helping you rewire reality so that the old ills and old healing become superseded by your new reality. It will bring up the places in your life where you’re addicted and stuck to your struggle. It will bring up where you are stubbornly holding onto that which hurts you, but it won’t bring it up in a way that slaps you in the face— because if you’re already hurting, the last thing you need is to be beat up about it.

“You’re changing the fundament, the foundation, the reality; and, yes, it won’t change overnight because you have so much invested in the linear reality. But you’re beginning to poke holes in that which you see so that that which you receive can be greater than you’ve allowed yourself to see. In the past you could only receive that which you saw or that which you believed. But imagine what you can receive if you don’t have to believe it first! That’s impossible in your reality the way it’s set up. So we will do throughout these next months many different exercises to bring you to a new frontier, a new wholeness, a new relationship into the immensity, the wisdom, the goodness and the support of the universe.

“The support is beyond personification. The support you have isn’t only in the form of guides and angels and beings. It is the support embedded in the universe itself. It is the nature of the universe to support all other parts of the universe— because if any small point of the universe is imbalanced, the universe collapses. You think of support and abundance as something that’s given to you if you are deserving. But as you bravely go where no wo/man has gone before, you begin to establish realities that do not have the limits of support, the limits of abundance, the limits of struggle or pain. What if rainbow drops of this new reality fall into your life, into your lap and change it just when you’d given up hope or just when you’ve reached up for an even bigger miracle?"

This amazing channeled art comes from Brad Johnson, a Christmas tree farmer in Minnesota.  For years he has been receiving these drawings, not understanding their purpose. This is the first time he has made them public. Allow yourself to communicate with the energies of these doorways.  This is the last Mandala of the series.

Included with this week’s drawing is a channeling I did recently from Mark’s new course introducing us to the experience of Multiple Parallel Realities — the 9th Dimension.

‘Mark’ is a cosmic being channeled by Jonette since 1989. His goal is to lift humanity above the structures of our 3-D consciousness. “Your reality is a reflection of your level of consciousness.” He leads weekly recorded courses introducing us experientially to the higher dimensions of awakening. This is exploration at the very edges of human spiritual awareness. There is nothing like these on-going courses for expansion and transformation. To get a taste of ‘Mark’ for free, go to our ‘Listening Room.’ Click here to order current or past Mark courses as audio links, CD’s, or simply get the transcripts.