And the Role of the Divine Feminine and Masculine

(Note: This comes from An Oracle Evening I did in the Netherlands in October. Although I’ve known myself as a Kumara from an initiation in a cave in Peru 10 years ago, it isn’t something I focus on — or talk about publicly. This question from Martine — a friend in the audience came as a surprise in front of 60 people. Enjoy this transcript.)

Martine Question:
Last summer I was there when White Eagle spoke through Jonette in her living room. He said, “We are proud of her as an Oracle. We invite her to be a Kumara.” Kindly expand on this “extraordinary ride.”  Thank you. 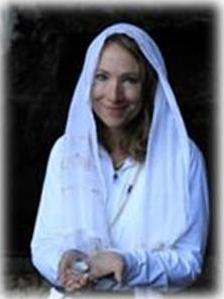 To embody a Kumara is to embody the pure essence of Awakening: balancing masculine and feminine and holding an energy field that cauterizes old wounds— making possible the transformation of humanity from seeing the Light and following the Light to being a Source of Light.

The Kumara’s are coming now from the great temples in the higher planes to shake up the illusion of existence, to close down false alleys as well as the maze of reincarnation and the wheel of karma. The Kumara’s have graduated from karma; and hold the space of release without precedent for humanity now.

The field of a Kumara is disruptive of the status quo of limitation; and is totally honoring a soul’s free will.

Jonette:
It is interesting you ask that question, Martine—for it has only been in the last four weeks that I remembered this mission. I had a conversation with myself today and decided that I would not tell anyone about this doorway that I just walked through; so the fact that you ask makes it now public.

No—it is time, I guess… You know, for all of us: it is this fight between our humility, which has been so driven into us, and our Knowingness of our Mission—and humility usually wins, because it is the easier path.

Until this moment humility had won: I was not going to tell anyone.  Because who cares?  But it is important that we all stand up and remember Who We Are when we came. No one is higher or lower—we just each have very different missions.  And this world will not work well until each one of us claims our Mission proudly—proudly.

Oracle Answer (from Jonette):
The Kumara’s are keepers of the Gates of Wisdom. We work with the dragons who guard the inner portals of the Mystery Schools. There are three levels in the Inner Sanctum to the Mystery Schools. The first one is being opened now for all of us.  This first level is first opened by codes, sometimes giving us the feeling of complex geometric shapes bombarding us with keys that come into our awareness. This level has twelve sub-levels, which correspond to the twelve Sun Discs.* (see excerpt below from ‘The Eagle and the Condor.”)

There are those of us who remember how to get though the first door.  I am a holder of the key to the second door. We are not ready yet; and I don’t know how to do it yet.

The second door involves the Elohim and the great wisdom keepers of the Universe.

The second door of the Mystery Schools is what happens with the alchemy. It has to do with gold— but not just the gold ore. That is all I am allowed to say.**

Until we allow the rebirth of the Divine Feminine in all of its aspects—the uncertainty of the Moon, the non-provable, the non-logical, the intuitive—we will continue to have conflict and competition…  because that is the role the Masculine has taken when the Feminine cannot show up.

We all hold both… and in each of us we have subjugated the Feminine, we have pushed her aside and made logic and that which is explainable king. The intuitive, poetic essence of the queen has been made insignificant. White Eagle said two years ago: “The kings descends, the queens arise.” I saw a vision of a chess board—the pawns, the knights, everything was gone—with only the king and the queen left. The queen stood. The king was laid down.

* From “The Eagle and the Condor”

I am Jonette and I am Kumara. There are 12 solar discs on Earth that awaken our 12-stranded DNA. The discs hold codes and activation sequences that are engaged when a certain level of vibration is reached by humanity. Some of the codes on the discs need to be activated by awakened humans who are called to do so. As each of us steps forward, it shines Light on the other’s divine roles so that we can awaken to the greatest service and opening imaginable. Many who are called have been guardians of the sun discs in previous incarnations.

The sun discs were originally brought from the Great Central Sun to the Earth. But because they created too high a frequency, too much change, they were all removed and put on Sirius for billions of years. The discs communicate directly to the stars, receiving downloads of information and possibilities. This is why these discs are often called Stargates. There is much more to be activated and opened. As these open, they will bring humanity to an entirely different world, a world that has nothing to do with saving this one, but is such a new aspect that we can’t even comprehend it. There are many who are awakening who will help hold the vibration that is chattering everywhere between these discs. When the 12 discs are fully activated, it means that everyone on Earth is totally enlightened and living in a higher reality.

It’s all unfolding perfectly. There is nothing that needs to be pushed. The best thing we can do is prepare our bodies for the activation. What we integrate into the physical can then be transmitted out to others….

…The oral traditions and teachings of some people in the Andes say that the Brotherhood of the Sun was brought to the Andes from Lemuria by the Kumaras. According to some prophecies, the descendants of the Kumara are scheduled to reincarnate to complete their missions on Earth, one of which is to relocate the ancient sites with the original Lemurian records were placed for safekeeping.  Click here to order The Eagle and The Condor, A True Story of an Unexpected Spiritually Adventure.

Note: I will be leading a trip to Israel in May 2015. I am clear that Jerusalem is the location of one of these Sun Discs.  Click here for details of the Israel Spiritual Adventure Tour.

** That I hold a key to the second door of the Mystery Schools that has to do with alchemical gold was an explanation for a strange vision that I have had repeatedly since I was a teenager. In the vision I walk through a doorway and gold powder falls from above and envelops me. Every time it happened I was confused and mad — “Why does this yellow powder keep falling on me when I walk through that door?” Maybe now I know. 😉

Jonette is a spiritual adventurer, and modern-day shaman who leads spiritual tours to power places around the globe. She is a gifted channel, oracle, and author of the internationally best-selling books “The Eagle and The Condor” and “Soul Body Fusion®.” She is founder of the Soul Body Fusion® method for healing and beyond. With her guide “Mark” she teaches people to reach multi-dimensional and quantum states of consciousness.  www.JonetteCrowley.com, www.SoulBodyFusion.com