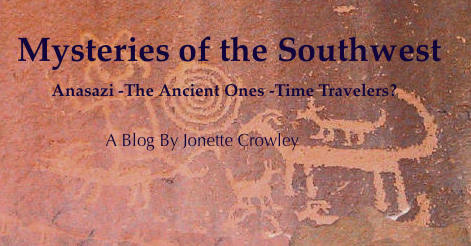 Anasazi — the Ancient Ones — Time Travelers?

"The population of entire cities moved into other worlds never again to return.” - Navajo Elder

Were they time travelers? Inter-Dimensional shifters?

As a Colorado native, I’m excited to once again be leading a spiritual tour to my part of the world—the American Southwest! In preparation I’ll be blogging about some of the many mysteries of the area.

Connection to the Anasazi 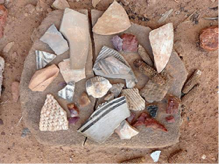 In the early 1990s the first spiritual tour I ever lead was to Utah, exploring and camping near virtually unknown Anasazi ruins. Corncobs were still in the storage rooms, pottery shards scattered around. As we meditated on a cliff ledge one night, White Eagle channeled and somehow opened a door between space/time for all of us to pass through. Our small group of eight ALL began channeling as if we were Anasazi people! We were the ancient ones deciding what to do as a village, given the encroachment of enemy tribes from the north. It was magical; as if WE were time travelers too! As a group we choose to leave our village and migrate south. White Eagle channeled, as ifconfirming the wisdom of our timeless decision. “You must leave before the snows fall.”

The next day while we hiked through areas that had once been burial caves we worked to release any remaining Anasazi spirits. In gratitude White Eagle channeled a message: "For your work you will be taken care of. You will always have corn.” Over the years, that statement has given me so much comfort. I trust that I and all who follow the path of service will always be provided for. I have this corn plant on my table to remind me of this promise. 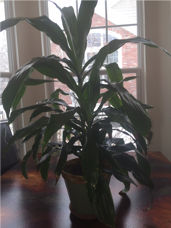 As we hiked out of the canyons that afternoon, a soft October snow began to fall.

No one knows why the Anasazi disappeared after only 300 years. Having built wonderful ‘cities’ in the sandstone — most famous are Mesa Verde in Colorado and Chaco Canyon in New Mexico. Clearly some of their architecture and beliefs became part of the Pueblo and Hopi cultures.

Dr. Sam Osmanagich—the same man who discovered the pyramid's in Bosnia— wrote a book called The Mystery of the Anasazi Civilization.  He writes of a conversation he had with a Navajo elder who told him: “The population of entire cities moved into other worlds never again to return." Were they time travelers? Inter-Dimensional shifters?

Another story, one that I learned from my friend Grand Chief Woableza, a native wisdom keeper and storyteller— who will be joining us our Great American Southwest tour in May— expands on this. At a gathering of elders on the Navajo land, he was told of some Navajo who actually walked through a gateway to another world. The Navajo were with their families on an outing and they saw some native looking children with unusual haircuts. Several followed the children through a stone passageway —finding another civilization! Those other-world-people (Anasazi?) taught the Navajo a healing song to bring back to their tribe. When the Navajo leaders wanted to take Woableza and other elders to this world they found a rockslide had closed the passage. But the healing song was shared to many elders of different tribes.

The Hopi an ancient native people who have lived in the area of the Grand Canyon more than 1000 years have always had a long view of time, being some of the few living groups who have an oral Creation Story. The Hopi tradition is that their ancestors emerged from the Earth's belly in the Grand Canyon. In their kivas or circular sacred rooms there is a 'sipapu' or a hole into the underworld. The Hopi creation story is that we are now in the fourth world. The first world was destroyed by fire (volcanoes), The second by ice, the third by water (The Great Flood).

Our tour in May will visit the Hopi mesas not too far from the Grand Canyon near Oraibi, Arizona. We will see their famous Prophecy Rock. A drawing of the petroglyph is shown here. Its interpretation is:
The large human figure on the left is the Great Spirit. The bow in his left hand represents his instructions to the Hopi to lay down their weapons. The vertical line to the right of the Great Spirit is a time scale in thousands of years. The point at which the great Spirit touches the line is the time of his return.

The "life path" established by the Great Spirit divides into the lower, narrow path of continuous Life in harmony with nature and the wide upper road of white man's scientific achievements. The bar between the paths, above the cross, is the coming of white men; the Cross is that of Christianity. The circle below the cross represents the continuous Path of Life.

The four small human figures on the upper road represent, on one level, the past three worlds and the present; on another level, the figures indicate that some of the Hopi will travel the white man's path, having been seduced by its glamour.

The two circles on the lower Path of Life are the "great shaking of the earth" (World Wars One and Two). The swastika in the sun and the Celtic cross represent the two helpers of Pahana, the True White Brother.
The short line that returns to the straight Path of Life is the last chance for people to turn back to nature before the upper road disintegrates and dissipates. The small circle above the Path of Life, after the last chance, is the Great Purification, after which corn will grow in abundance again when the Great Spirit returns. And the Path of Life continues forever...
The Hopi shield in the lower right corner symbolizes the Earth and the Four-Corners area where the Hopi have been reserved. The arms of the cross also represent the four directions in which they migrated according to the instructions of the Great Spirit.

The dots represent the four colors of Hopi corn, and the four racial colors of humanity.  (Interpretation by Frank Waters, Book of the Hopi, 1993) 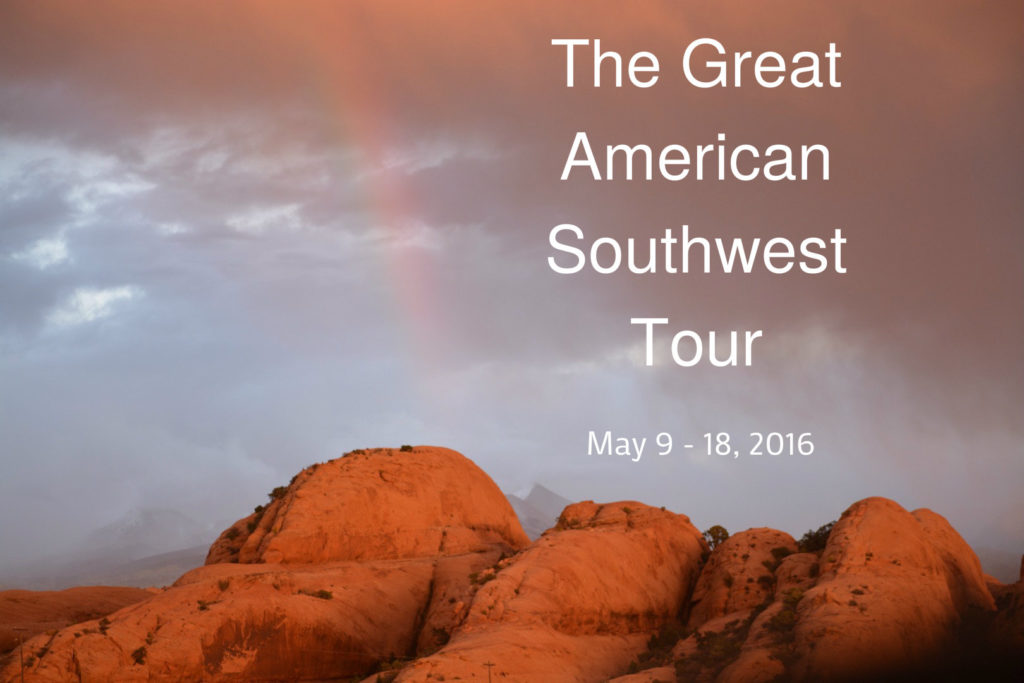 Please join me and Grand Chief Woableza as we travel for 9 days through the magic of the Southwest, beginning in Sedona and ending in Las Vegas, May 9-18. We start with an optional weekend workshop with Wisdom Keeper Grandmother Pa’Ris’Ha and Jonette, May 7 & 8. We will visit the Grand Canyon, the Hopi mesa, Monument Valley of the Navajo, the great Anasazi ruins of Chaco Canyon, Santa Fe, Antelope slot canyon, and Zion National Park. I will channel and lead meditations and activations. Together with Woableza we will do ceremonies. Through out the bus journey Woableza, a native story-teller, will share native stories and legends to make the connections come alive. This is truly a unique tour on so many spiritual levels! Participants come together from all over the USA and Europe. (If we have 10 people who need German translation we will bring along a translator.)

About Jonette:  Jonette, known as a ‘Spiritual Indiana Jones’, is a spiritual adventurer, and modern-day shaman who leads spiritual tours to power places around the globe. She has traveled to over 80 countries and has led spiritual tours to almost every continent.  She is an internationally known channel, oracle, spiritual teacher and author of the best-selling books “The Eagle and the Condor” and “Soul Body Fusion®.” She is founder of the Soul Body Fusion® method for healing and beyond. With her guide 'MARK' she teaches people to reach multi-dimensional and quantum states of consciousness.  Please see her websites for more information  www.JonetteCrowley.com, www.SoulBodyFusion.com