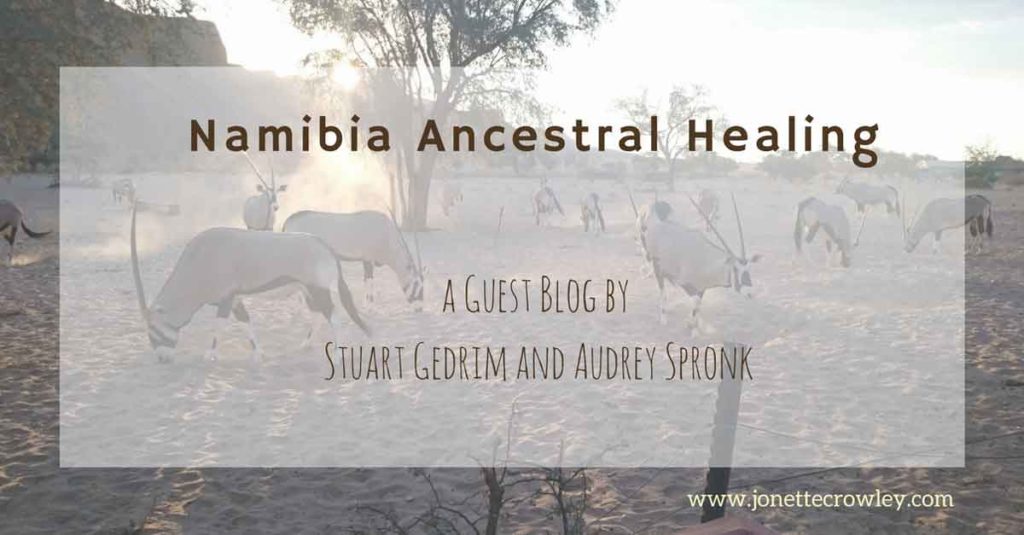 "We are sharing about our amazing experiences in Namibia as we are in awe about what has happened." 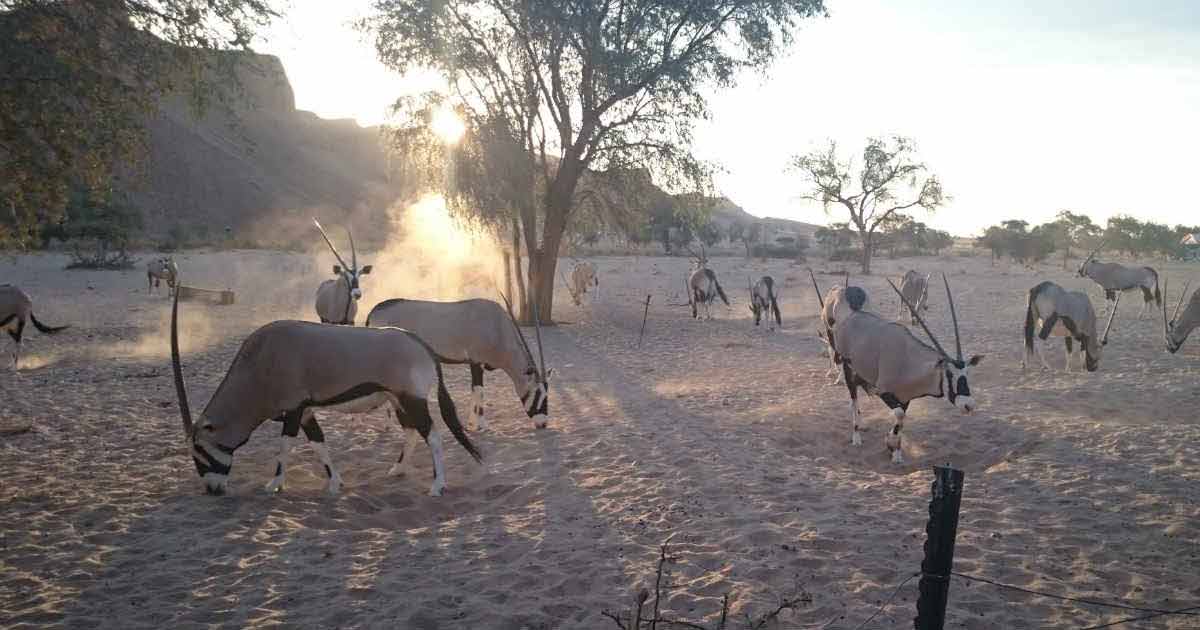 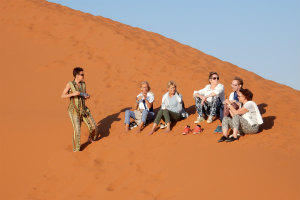 Stuart and I take groups to sacred places in South Africa, Zimbabwe and Namibia. This May we took a group of 6 'MARK' followers to Namibia.   Jonette teaches regular courses in the U.S. and Europe channeled from her cosmic spirit guide 'MARK'. This country is, it seems open for change and healing to take place.. .

While in the plane en route to Windhoek, I suddenly connected with a grand spirit being of Namibia and felt that our group was being welcomed and would be fully supported during our stay. During a group meditation we received a frequency from 'MARK' to tune in to, so that we could flow easily and be in line with each other while on this journey. 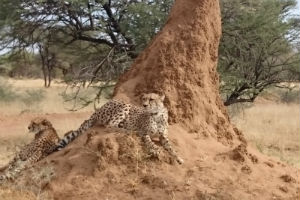 While we were in Sossusvlei on a sand dune in the desert, we were called to assist many beings who were stuck in the astral due to the horrific treatment they received in the German military genocide in 1904. They were chased into the desert and over 60,000 killed. Their hearts were in shock and could not understand what had happened to them. They were frozen in the experience. As this shifted we experienced a portal opening. Actually it felt like a totally new potential becoming available and possible in this country that can spread further. 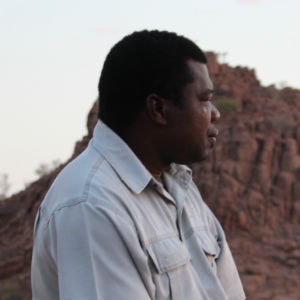 Later, when talking to our Herero guide/driver Obi, we asked him how he personally came to "reconciliation". He answered that we are all part of the "Creator" and LOVE. You can choose to move on and love. As he said that, in such simplicity and authenticity, there was a transmission and exchange of love.  He explained that their tribal belief is that they have to connect to their ancestors for wisdom and access to Source. That only the ancestors can connect with the "Creator/God" directly.

The last two days of our group meditations brought us to the most beautiful closure we could imagine and MORE.

We were working energetically with the ancestors of Obi and his people in regards to having "direct connection to Source". We realized that the Ancestors too are stuck. They experience separation from the other races (white) as well as "all there is". 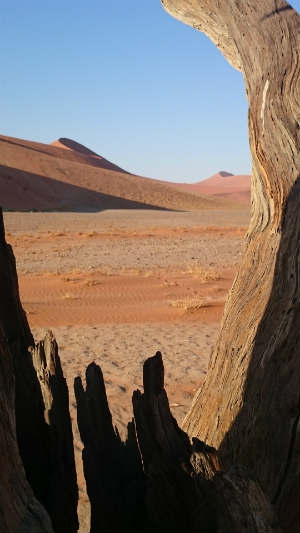 At first there was much confusion, chaos and at the same time curiosity, hope, excitement and longing for freedom amongst the ancestors we connected with… A lot of communication and connectivity took place. I was communicating: "You can still have your intimate connectedness amongst your race, but also all our connections and connectivity. You can have it ALL. All separations can go." We showed them that amongst themselves there were enlightened beings, especially in the children now being born, who know and choose this freedom and truth. Again, there was a huge response of joy and even more separation could be released as well as letting go of inferiority and suffering, if they so choose. They did.

The next day, we experienced again the portal opening to Source and the opening for NEW life, new potential. Jonette, the 'MARK' group, the inner Earth beings (the Sidhe), the Blue Beings (called Blue Flame Beings by one of our group) and many, many other beings were present. A huge chalice of golden light was brought forth from which all could receive love, blessings, admiration and each could feel their highest potential and connection to Source. The ancestors and people were receiving this directly and fully. Then the Chief of the Ancestors came around with the chalice to each one of us and we each had our own experience. At our closure, our guide Obi shared how much he had longed for a group like this!

For me it was very moving. As a child living in South Africa I did not understand the separation between races, and often later when talking to the people I would perceive the thoughts of: “YOU CAN HAVE IT, BUT NOT US.” The Chief came to me, looked me in the eye and showed me that there no longer was a veil in between. The veils had been taken away/he chose to let go of them. This Chief was now willing to let go of his power over these souls and celebrate and move into his true grandness. My dream has come true and I feel tremendous relief, joy and gratitude for what we can create and accomplish together!

As you may be aware, there is a rift right from the pyramids down to the south of Africa, along the Nilotic Meridian, where the two earth plates meet. All along this rift, there is a history of wars, strife and fragmentation amongst the peoples. For many years now my partner Stuart and I take groups around southern Africa. Much work has been done in an attempt to shift these energies. Many other Light Workers have been shifting these energies too, but NOW there is more  readiness to allow the potential of Unity to establish itself. Of course the bigger picture is to allow the veils of illusion and separation to lift.

I thank all of you who participated for uniting in this very grand potential for transformation for these races, this country and throughout Africa. 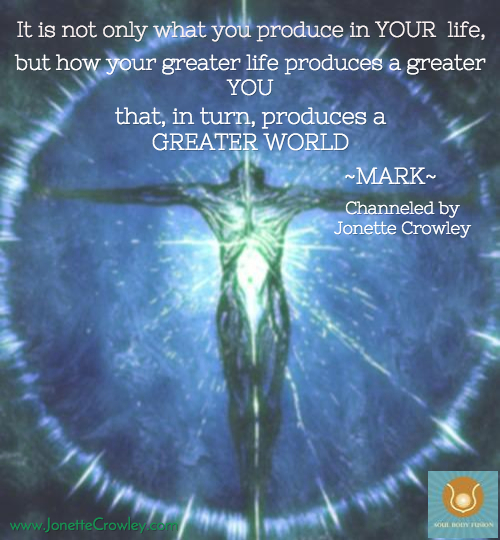 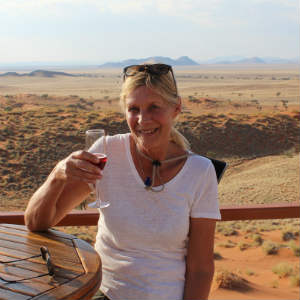 For the last 20 years, Stuart and I have a shared passion for bringing people to this amazing land. In the early days, we were inspired by Credo Mutwa (the recognized authority on African Spirituality and tribal wisdom keeper of Umlando - The Great Knowledge), who shared many ancient stories, African Wisdom and places held sacred by the indigenous people of Africa. We have conducted many tours with visitors from all over the world and we would always rejoice in the magic and synchronicity that took place. Many experienced it as "Coming Home”.

Should you be interested in re-connecting with your ancient roots in Africa, you are welcome to visit our website WWW.In-Spirit.co.za and join us at some time.

Jonette will be back in the U.S. in November and will resume her weekly 'MARK' classes.   Click below to find information on 'MARK's current series.