(Note: This story shows us the wisdom of the children. It was sent to me by his mother.) 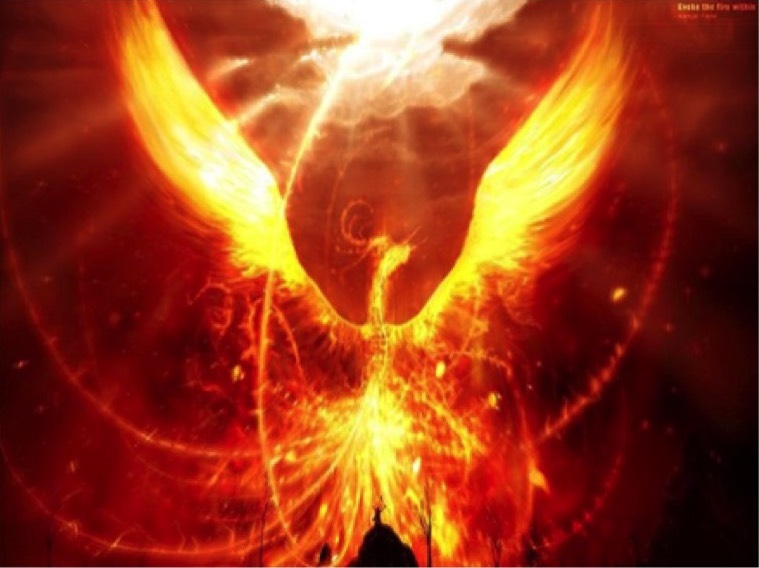 When nothing existed, before light, before life, before existence, God thought to create a beginning. Then He created the Phoenix. The Phoenix was the most majestic being, and she also was the only one. She had fire feathers, a diamond crest and a golden beak. She had everything she could have longed for, except for time.

God created the Phoenix in order to create a world, so that when the Phoenix died, the pure and unimaginable energy could have been enough to give light, to give life, to create the existence. And on a certain day, it really happened…  The Phoenix was feeling changed and weakened, the light aura around her was fading away, the fire on her feathers was extinguishing, and at a certain moment she felt she was not feeling any more…

The explosion did something what no existence can: it created. Afterwards the world passed through all happenings during the last 5 billion years, and the Phoenix disintegrated herself, and fell into the world as ash.

Only in 2015 the ash regrouped itself on a planet named Earth, where basic species are some two-legged entities named humans. The Phoenix was not so majestic any more: she had no longer a diamond crest and a golden beak, nor she had any fire feathers, she was just a red bird.  She circled the Earth in flight, and hated what she saw: evil deeds and unfair decisions leading to wars, which threw many people in the Afterworld, to its Creator.  Disgusted by what she saw, she saw a poor 21 years lad, but who had a pure heart. She landed on his shoulder, and when he saw her, the boy did not get scared, but caressed her easily and told her:

– Hello, beautiful bird. Do you want us to be friends?

Not expecting any answer, the boy was surprised when the bird told him calmly:

Many years passed, and the Phoenix enjoyed the runaway life together with the now-became man. But the world was a heavy one: it was international war, and the countries destroyed one another.  But an idea came to the Phoenix: one which she could not do by herself. And one day, she told the man:

– The world cannot exist with some beings judging so wrong, I must create a new one. But I need the energy in your pure heart. Will you give it to me?

Then, an orb of light came out of the men’s chest and entered the Phoenix’s chest, and she felt again that she was no longer feeling anything, while she was creating a new world: a world about which humans will never learn anything.

The explanation Cătălin gave about the last sentence “humans will never learn anything” is that New Earth is like a “shadow” (his very word) and some of the people from “old earth” will not “know” consciously (with their rational mind) about New Earth.  And in the end it’s their heart and Soul they will “learn”=”know” about it.